Role and roll sound alike, but their meanings are different. Role is a noun meaning a position or character. Roll may be a verb or noun. It has many meanings. As a verb it often means to move over and over in a circle. As a noun it sometimes means something that is wrapped up, a list, or a piece of bread. Choose role or roll to complete each sentence in this printable worksheet. You may find it helpful for Common Core Standards for Language for 4th grade, although it may also be useful for other students. 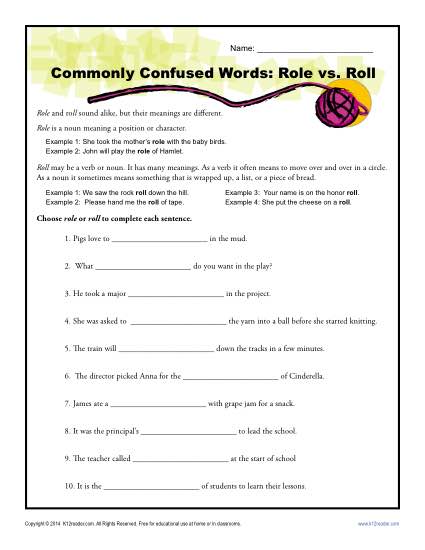