Later and latter sound a little alike, but their meanings are different. Later is used as a comparative adjective meaning “more late.” It is also used as an adverb meaning afterward or at a past time. Latter is an adjective meaning the last or second of two things. It also means at the end or near the end. Choose later or latter to complete each sentence in this printable worksheet.You may find it helpful for Common Core Standards for Language for 4th grade, although it may also be useful for other students. 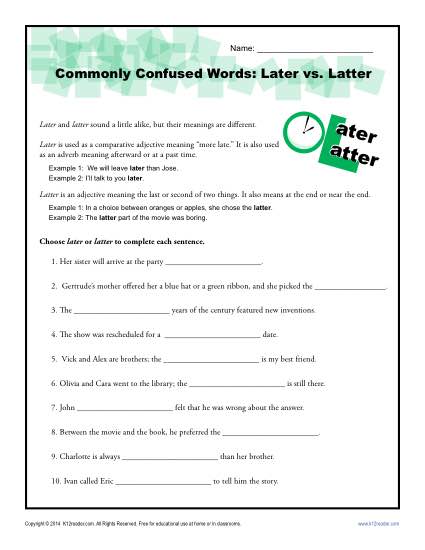