On June 8, 1790, President George Washington delivered the first State of the Union Address to Congress. This activitiy includes the opening paragraphs of the speech. The language is in keeping with the time and with his audience, which was made up almost entirely of senators and Congressmen. Today’s State of the Union Address uses modern language for not only the members of Congress but for a vast television audience. The language of Washington’s speech would be difficult for modern listeners to follow. In this activity, students rewrite the paragraphs in modern language. The activity is ideal for high school grades and satisfies Common Core Standards for writing. 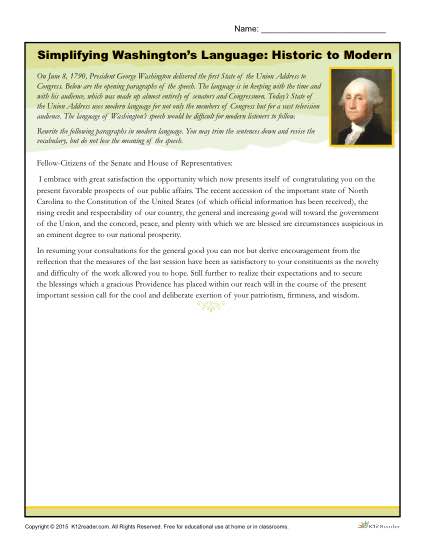