William Shakespeare is certainly considered the greatest playwright of the Englishspeaking world. His characters and plots are certainly notable, but he also used language in creative and entertaining ways. Many common sayings and phrases used today were written originally by Shakespeare. Students read a few of these, followed by the Shakespearean play in which they appeared. Students then write what they think each one means in the space underneath the saying or phrase. 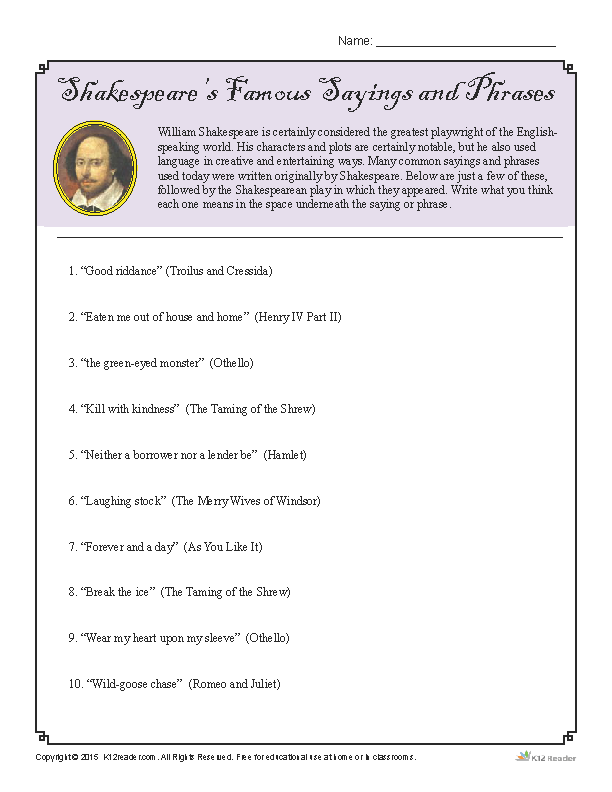