A plural noun means more than one. To make an English noun plural, we usually (but not always!) add an s to the end of the noun. An exception is when a word ends in the letter s. Then we add -es to make the noun plural. Use this worksheet to help students learn how to make a noun plural by adding -es. 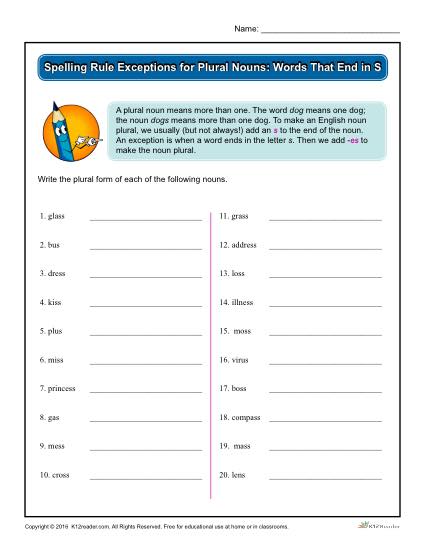