President Abraham Lincoln was shot by John Wilkes Booth and died on April 15, 1865 in Washington, D.C. The Civil War had ended just six days earlier when Confederate General Lee surrendered to Union General Grant. Later in 1865 Walt Whitman, a poet and journalist, wrote the poem “O Captain! My Captain!” about Lincoln and his tragic death. The poem is an elegy, which is a serious poem usually about someone’s death. In this activity, students read the poem and answer the questions. The activity is idea for 7th grade through high school and satisfies Common Core Standards for reading literature. 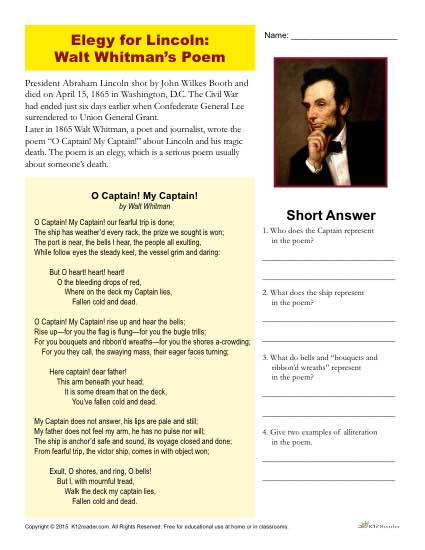