Edgar Allan Poe (1809-1849) was a poet and author, but he was also a journalist. In 1844 he wrote a newspaper story about a hot air balloon crossing the Atlantic Ocean in three days. The New York Sun printed Poe’s story on April 13, 1844 as a true news account. There was much excitement about the story at the time. Two days later, however, the newspaper issued a retraction, explaining that it was in error. Students read the headline and first lines of the story and then write their own newspaper hoax about something that is impossible to do today. 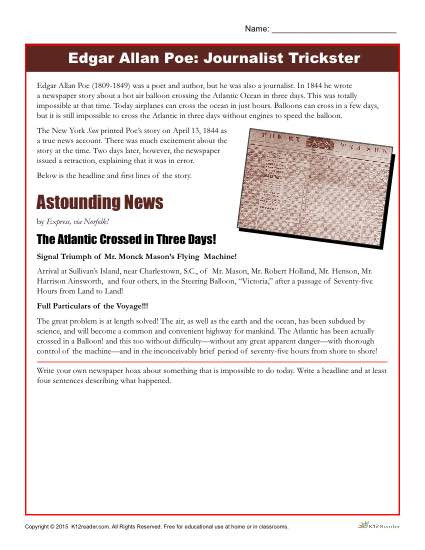