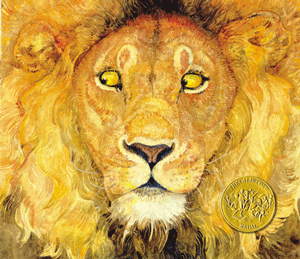 Children’s literature awards serve as a great source for discovering great books to recommend to parents or buy for the classroom.  We’ve compiled a list below of popular awards, covering a diverse base of material. If you know of a list we’ve missed please include it using the form below.

Alex Awards
Awarded by the ALA, The Alex Awards are given annually to ten books written for adults but that  have special appeal to young adults, ages 12 through 18.

Américas Book Award for Children’s and Young Adult Literature
Given in recognition of U.S. works of fiction, poetry, folklore, or selected non-fiction (from picture books to works for young adults) in English or Spanish that authentically and engagingly portray Latin America, the Caribbean, or Latinos in the United States. By combining both and linking the Americas, the award reaches beyond geographic borders, as well as multicultural-international boundaries, focusing instead upon cultural heritages within the hemisphere. The award is sponsored by the national Consortium of Latin American Studies Programs (CLASP).

Boston Globe Horn Book Awards
The Boston Globe–Horn Book Awards are among the most prestigious honors in children’s and young adult literature. Awards are given in three categories: Picture Book, Fiction and Poetry, and Nonfiction. The winning books must be published in the United States. Awards are chosen by an independent panel of three judges who are annually appointed by the Editor of the Horn Book.

Caldecott Medal and Honor Books
Named after the 19th century English illustrator Randolph Caldecott, the Caldecott Medal is awarded to the artist of the most distinguished American picture book for children. It is awarded annually by the Association for Library Service to Children, a division of the American Library Association.

Excellence in Non-Fiction for Young Adults
Administered by the Young Adult Library Services Association (YALSA), the award is given to the best nonfiction book published for young adults (ages 12-18)

Gryphon Award from the University of Illinois
An award celebrating titles for children in kindergarten through 4th grade. The Gryphon Award recognizes an English language work of fiction or non-fiction that best represents  qualities that successfully bridge the gap in difficulty between books for reading aloud to children and books for practiced readers.

Mythopeic Awards
Given to the fantasy novel, multi-volume novel, or single-author story collection for adults that best exemplifies “the spirit of the Inklings” — books for younger readers (from “Young Adults” to picture books for beginning readers), in the tradition of The Hobbit or The Chronicles of Narnia.

NCTE Award for Excellence in Poetry for Children
Awarded by The National Council of Teachers of English to recognize and foster excellence in children’s poetry. The award honors a living American poet for his or her aggregate work for children ages 3–13.

Newbery Medal
Named after the 18th century British bookseller John Newbery, the Newbury Medal is given to the author of the most distinguished contribution to American literature for children. The award is given annually by the Association for Library Service to Children, a division of the ALA.

“Notable Children’s Books”
Awarded by the Association for Library Service to Children (ALSC), the Notable Children’s Book award is given to books that are “Worthy of note or notice, important, distinguished, outstanding.” Winning books exhibit venturesome creativity, and include books of fiction, information, poetry and pictures for age levels birth through age 14 that reflect and encourage children’s interests in exemplary ways.

Theodor Seuss Geisel Award
The award is given annually to the authors and illustrator of the most distinguished contribution to the body of American children’s literature known as beginning reader books published in the United States during the preceding year.

“Too Good To Miss” Books
The Read-Aloud Books Too Good To Miss program is a project of the Association for Indiana Media Educators. The book list is determined by a media specialists, teachers, principals, and bookstore operators.  The resulting list includes five read-aloud lists, one each for primary school, intermediate school, middle school, high school, and ageless.