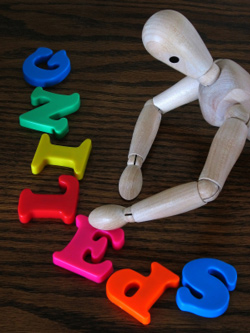 As you read the following list of dyslexia symptoms, you may discover that you have one or two of these characteristics. This does not mean you are dyslexic. In fact, most people exhibit some of the characteristics listed below.

However, individuals with dyslexia find they have several of these characteristics persisting over time and interfere with their day-to-day life. Because the impact of dyslexia varies from individual to individual, the severity of the symptoms below will also vary. The International Dyslexia Associationreports that between 3% and 6% of all school-aged children are believed to have Dyslexia and between 15% – 20% of the general population have some dyslexia symptoms.

The above dyslexia symptoms are not all inclusive.