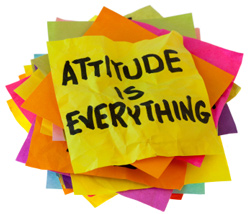 Tip – If you ever have writer’s block, you can jumpstart your writing by simply typing a declarative sentence at the top of your document.  For example, if your report is on marine life, you could get your thought processes going by typing:  “Plankton is the most abundant food source in the ocean.”  Then follow through with what, when, where, and how to flesh out your work.

How to Write a Declarative Sentence

A declarative sentence always has a subject and a predicate.  The subject can be simple with a noun phrase or it can be a compound subject.  Compound subjects are made of more than one simple subject combined with a conjunction such as and, or, and but.

Here is an example for you.

My coat is red.

Katie and I rode our bikes to school.

The word Katie and the word I are two simple subjects joined by the conjunction and to make a compound subject.

A Few More Examples of the Declarative Sentence

A compound declarative sentence helps vary sentence length within your writing, thereby making it more interesting to read.  You can write a compound sentence in a variety of ways.  Here are a few formulas to keep in mind.

1.  A comma and conjunction joins the sentences.

The band played for hours, and the audience went wild.

John had to catch the next flight to Boston, so he packed as quickly as he could.

2.  A semicolon joins the two sentences.

The band played for hours; the audience went wild.

John had to catch the next flight to Boston; he packed as quickly as he could.

3.  A semicolon plus a transition word.

The house had a new roof and exterior paint; however the pipes were old.

Mary’s essay was phenomenal; in fact, it won the Young Author’s contest.

Jim worked hard everyday; therefore, he expected a raise at the end of the year.

Remember the declarative sentence comes in all forms: simple, compound and complex.  They can make a point quickly or they can include direct objects, prepositions, indirect objects, and objects of prepositions. Whatever the structure, the purpose remains the same – to deliver a statement or fact.

The point is don’t let the sentence length confuse you.  As long as it states something and doesn’t ask a question, make a command or an exclamation, it’s a declarative sentence.

You enhance your writing when you use a variety of sentence lengths and structures, which should always be your goal.  Writing and reading, especially, should never be a boring task! (That’s an exclamatory sentence.)

View all our articles about sentence types.